Plavix and Proton Pump Inhibitors | Your risks of heart attacks on PPI revealed. 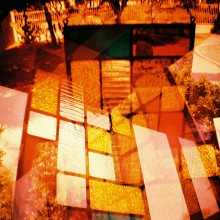 My cardiologist told me to stop Nexium because I have a coronary artery stent and take Plavix. Now my reflux is much worse. What should I do?

Patients with coronary artery disease, often require stents to be placed to improve blood flow to the heart, prevent angina, and protect against a heart attack. Patients with coronary artery stents, predominantly drug eluting stents, and patients at risk of a stroke are often put on medications to prevent platelets from forming new clots. These agents include aspirin, Plavix, and Effient.

Some observational studies suggested a 25% increase in heart attacks in the patients taking omeprazole (Prilosec) and Nexium with Plavix compared to Plavix alone. In 2009 the FDA put a warning in the prescribing information on Plavix and on all Proton Pump Inhibitors. Currently the warning is only applicable to Prilosec (omeprazole) and Tagamet (cimetidine) as well as two antidepressants Prozac and Luvox, and three treatments for fungus. Despite newer data, many physicians still are avoiding the Proton Pump Inhibitors in their Plavix patients and risking gastrointestinal bleeding which can be life threatening.

Plavix is a drug that needs to be activated in the liver by an enzyme called Cytochrome CYP2C19. While the name of this enzyme does not easily roll off the tongue, and is not a household name, it sure is a very important enzyme. Enzymes are proteins that convert other molecules, whether it be digesting food, breaking down a medication, turning food into energy, or in this case activating a medication so it can work. They are vital to our body, and this one is among the most important for the activation or breakdown of many medications.

Omeprazole, in high dose 80mg daily (four Prilosec tablets or Zegerid capsules) was shown to decrease levels of Plavix by 45% and reduce its effect on platelets by 25%. These significant effects have not been shown with other Proton Pump Inhibitors or with Zantac or Pepcid. Tagamet has a similar effect of inhibiting the activation of Plavix. There is no evidence that this interaction actually causes any clinically harmful cardiovascular events. These warnings arise from observational studies and pharmacologic studies. These effects on platelet inhibition have been seen in 18 of 28 studies on patients and healthy volunteers. This is important information but inconsistent.

In controlled clinical trials the effects of Proton Pump Inhibitors on Plavix is quite different. In the COGENT trial, which Dr. Gutman and the New York Heart Research Foundation participated in, there was no increase in cardiac events but patients not taking omeprazole had a higher risk of having gastrointestinal hemorrhage. Proton Pump Inhibitors significantly protect against ulcers and gastrointestinal hemorrhage. Many patients with heart disease take aspirin. Even low dose aspirin causes stomach ulcers, and gastrointestinal hemorrhage. Losing blood and becoming anemic is bad for the heart and can cause angina and heart attacks and shock and require blood transfusion. Patients taking aspirin with another blood thinner should be strongly considered for taking a PPI to protect against these life-threatening risks.

In a clinical trial called PLATO, the effects of Proton Pump Inhibitors on Plavix were also seen with other non-PPI gastrointestinal drugs. PLATO was not randomized, and it is concluded from the data that patients who take PPI medications are sicker and more prone to cardiovascular events than patients who do not need acid suppressing medication. There have been 33 clinical studies on the effects of PPI on Plavix and according to a review of these studies reported in the journal HEART in July 2012, there is no evidence to substantiate the effects of PPI on Plavix clinically.

In a study comparing the PPI Dexilant to Omeprazole 80mg daily (a very high dose), Dexilant had no effect on platelet function while the high dose omeprazole did impair the antiplatelet effects of Plavix. The study clarifies the safety of Dexilant in these patients on Plavix, but does not implicate omeprazole in more reasonable doses.

In a Danish study published in British Medical Journal (BMJ) in May 2011, patients with a heart attack, on aspirin and not on Plavix, had a higher risk of dying if they were on PPI. While the authors suggested that this was an effect interfering with aspirin’s antiplatelet effect, the patients on PPI were older, and sicker with more medical conditions than the patients not on PPI. It is well studied that patients on PPI have more obesity for example than patients not on PPI. These observational studies often compare two very different groups. When comparing people who fall and get hip fractures, you may determine in an observational study that people carrying umbrellas have more falls and fractures. It may not be the umbrellas that lead to falls and hip fractures. Perhaps it is the wet surface, and we should not blame using umbrellas.