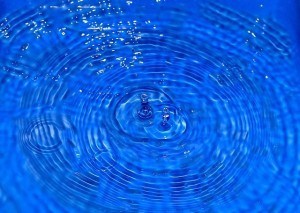 Esophageal manometry is a procedure that measures the strength and function of the muscles in your esophagus (the food pipe) that work to push food and liquids from the mouth down to the stomach. Manometry measures the function of the esophagus, while endoscopy assesses the structure of the esophagus. The esophagus is like an elevator going from the top to the bottom; from the pharynx below the mouth to the stomach. The motion it takes from the top to the bottom is a wave of peristalsis called motility. Often the manometry is called a motility test. If you throw a stone into a pond, a ripple will form from the point of the stone impacting the water with progressive rings going out. These waves are the motility of the esophagus. Manometry measures that motility. It measures the pressure at the valves at the top and bottom of the esophagus called the upper esophageal sphincter and lower esophageal sphincter. Manometry tests the coordination of all these functions for people with swallowing disturbance, reflux, and chest pain. We perform high resolution esophageal manometry with impedance as this test is much shorter and better tolerated than standard manometry still performed at some centers. High Resolution Esophageal Manometry also provides better information about these disturbances of motility.

PREPARATION FOR THE ESOPHAGEAL MANOMETRY TEST:

• Do not eat or drink after midnight the night before the test, until your test is over.

• Medications that need to be taken regularly, such as high blood pressure and heart medication, can be taken with small sips of water when you awaken in the morning.

• If you have diabetes, skipping breakfast may affect your need for diabetic medication. Skip short acting insulin and diabetic pills until you are ready to eat. Other specific directions should be reviewed with your physician.

• Medications that are not essential should not be taken on the day of the test until after the test is completed. These medications include:

Sedatives or tranquilizers, such as Valium, Librax, Ativan, Elavil, Thorazine

• If you have questions about a specific medication, ask your physician.

How is esophageal manometry performed?

Esophageal manometry takes about 20 minutes. At the start of the test, you will be sitting upright. One nostril is anesthetized with a numbing lubricant. A thin flexible plastic tube approximately one-eighth inch in diameter is passed through the anesthetized nostril, down the back of the throat, and into the esophagus as you swallow. With further swallowing, the tube is passed down into the stomach. There may be some gagging during some of the passage, but it is easily controlled by following instructions.

With the tube inside the esophagus, you will lie down on your back. After a short rest to allow the pressures to equilibrate, the test will begin. The pressures generated by the esophageal muscle will be measured when the muscle is at rest and during swallows. During the test, the technician usually asks the patient to swallow on command with some water (called a wet swallow). Multiple swallows are tested to allow measurement of the lower esophageal sphincter (the barrier to reflux), the esophagus (the swallowing tube), and the upper esophageal sphincter (in the throat). Pressure recordings are made throughout the study and the tube is then withdrawn.

Patients can usually resume regular activity, eating, and medicines immediately after the test.

Be sure to make a follow up appointment with Dr Gutman 1 week later to revew the results.

What are the side effects of esophageal manometry?

Although esophageal manometry may be slightly uncomfortable, the procedure is not really painful because the nostril through which the tube is inserted is anesthetized. Once the tube is in place, patients talk and breathe normally. The side effects of esophageal manometry are minor and include mild sore throat, nosebleed, and, uncommonly, sinus problems due to irritation and blockage of the ducts leading from the sinuses and into the nose. Occasionally, during insertion, the tube may enter the larynx (voice box) and cause choking. When this happens, the problem usually is recognized immediately, and the tube is rapidly removed. Care must be used in passing the tube in patients who are unable to easily swallow on command because without a swallow to relax the upper esophageal sphincter the tube often doesn’t enter the esophagus but instead enters the larynx.

When is esophageal manometry used?

Esophageal manometry is used primarily in several situations. The first is to evaluate the cause of reflux of stomach acid and contents back into the esophagus (gastroesophageal reflux disease or GERD). Symptoms of GERD include heartburn and regurgitation. The second is to determine the cause of problems with swallowing food, such as food or liquids getting stuck in the chest after swallowing. The third is to evaluate patients with chest pain that may be coming from the esophagus rather than the heart. Finally, the test may be needed to correctly place an acid sensing probe (pH probe) in the esophagus (see patient information sheet on esophageal pH monitoring).

How is esophageal manometry used?

Esophageal manometry can diagnose several esophageal conditions that result in food sticking after it is swallowed. For example, achalasia is a condition in which the muscle of the lower esophageal sphincter does not relax with each swallow to allow the swallowed food into the stomach. As a result, food is trapped within the esophagus. Abnormal function of the muscle of the body of the esophagus also may result in food sticking. For instance, there may be failure to develop the wave of muscular contraction to help propel the food down the esophagus (as can occur in patients with scleroderma). The abnormal functioning of the esophageal muscle also may cause episodes of severe chest pain that can mimic heart pain (angina). Such pain may occur if the esophageal muscle goes into spasm (esophageal spasm) or contracts too strongly. In either case, esophageal manometry can identify the muscular abnormality.

Esophageal manometry is also used to evaluate patients who might have gastroesophageal reflux disease (GERD). Manometry often can identify weakness in the lower esophageal sphincter, the muscle that prevents stomach acid and contents from refluxing back up into the esophagus. The procedure will also help localize the lower sphincter which would help if esophageal pH monitoring is performed.

Where is Esophageal Manometry performed?