Serious destruction to the lining cells of the lower esophagus is known as erosive esophagitis. Usually this is associated with severe heartburn, but not always. In fact the degree of damage and the degree of symptoms do not always correlate. I have seen people without heartburn with serious erosions and people with troubling heartburn without damage. So how can we predict who is at greatest risk?

Waking up during the night with cough or choking or regurgitation of sour fluid into the throat is highly predictive of erosive esophagitis, as well as a serious risk of Barrett’s esophagus. During sleep the reflux episodes are much longer because the esophagus does not have the ability to clear acid effectively. In the lying position, gravity does not help bring acid back down. During the day we make saliva with a natural antacid, salivary bicarbonate, and are constantly swallowing, but these processes shut down during sleep. Our lack of awareness during sleep fails to alert us to the danger of acid laying in the chest and allows it to stay in the esophagus unchecked for long periods at a time. So night time episodes of reflux are long, intensive, and lead to damaging erosive esophagitis, and frequently to precancerous changes of Barrett’s esophagus. Sometimes it can even wake you up with a choking fit. Awakening during the night with reflux, even infrequently, should be considered a very serious problem, even if heartburn seems mild.

Nighttime reflux is very risky. Why? Fill in the form below to know more

Get timely health news and updates that you will not want to miss.

Exclusive access to online presentations and webinars written just for you!

Your family needs to know the keys to prevention and wellness.

Register Now For Immediate Access To This Special Report. Membership Is Free! 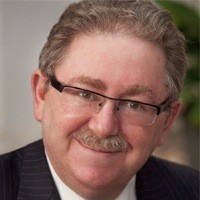 Subscribe now to learn the signs you should be paying attention to for serious damage in the esophagus. What do you need to know about risks for esophageal cancer? It turns out that what you don't feel can truly hurt you.

Nighttime reflux is very risky. Why? Fill in the form below to learn more.