How Should I Take My Proton Pump Inhibitor (PPI)? 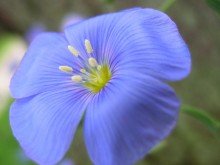 Proton Pump Inhibitors are potent blockers of production of stomach acid. They are truly remarkable medications and have provided hundreds of millions of people relief from heartburn and ulcers. PPIs  have had a major impact in prevention of cancer of the stomach and esophagus.

Although you swallow the pill and it goes into your stomach, it does not work there. The PPI has to leave the stomach, go into the small intestine,be absorbed into the bloodstream, go to the liver, go back to the circulation, through the heart, the aorta, and back to the stomach. There it goes into the acid producing parietal cell where it can block the activated proton pump. A long winded route to help you with your heartburn.

Not the fastest. If you want fast relief, take an antacid such as Gaviscon, Maalox, or Mylanta. What about TUMS the leading selling antacid? TUMS has calcium, a stimulant for acid suppression. No wonder TUMS is a big seller. It is the business model of Starbucks and cocaine. The more you use, the more you need. What else works fast for heartburn if you have no Gaviscon in the fridge? Water will wash that acid right out of the esophagus when you awaken with that fire in your chest.

Not only do Proton Pump Inhibitors not work in the stomach directly, they are inactivated and destroyed by acid. Drug manufacturers have made two delivery methods to bypass the intensely acidic stomach juices. Almost all the PPIs (all except Zegerid) are enteric coated and delayed release to be absorbed in the intestine and not released (and destroyed) in the stomach. This protects the drug but delays the effect. Also PPIs must be activated by food stimulating the parietal cell to make acid. Therefore to get the best effect of your medication, you should take it on an empty stomach half an hour to an hour before eating. If you forget, take it when you remember, but only some of the acid producing cells will be active and only some will be suppressed from making acid. Since there is a delay in absorption, take the medicine when you are planning or preparing your meal. So many of my patients have told me that because they have symptoms at night they took their Nexium at bedtime. Just by moving it to before breakfast or supper they had dramatically better results.

Zegerid (omeprazole-bicarbonate) has the same active ingredient as Prilosec (omeprazole DR) but should not be confused with Prilosec. I have heard from pharmacies that they could give Prilosec with bicarbonate in place of Zegerid. They ignored that Zegerid has immediate release omeprazole and Prilosec is delayed release. The bicarbonate does two things. It neutralizes the acid so that the omeprazole is not destroyed in the stomach. It turns on the parietal cells allowing an easy target for the Zegerid to stop the acid production. For this reason Zegerid is the fastest and longest acting of the PPI medications. It is the only one you can take at bedtime. It comes in a capsule, but I like the powder better. Mix the powder in a jigger of water (one to two ounces), stir, and drink. This is not a fine sipping wine. Shoot it down like a shot of tequila. Of course it tastes bad, but you don’t drink tequila for the taste.

PPI medications are most often given once a day, but they are only in your blood for about 5 hours. Taking them more than five hours before you eat loses the opportunity to hit the activated acid pumps. It is kind of like skeet shooting. You are more likely to hit the targets if the skeets are fired up into the air together, than if you are just firing into the air regardless of when the skeets are released. It is the food or the bicarbonate that turns on the acid pumps and allows the medicine to be effective.

Once a day Proton Pump Inhibitors suppress acid for 10 to 14 hours of the day, except for Zegerid and Dexilant, which reduce acid for about 16 hours of the day. Therefore for some patients, especially those with laryngopharyngeal reflux, twice a day dosing before breakfast and supper is required.