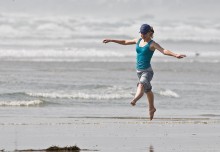 The leading cause of swallowing difficulties in young adults is an allergic disorder we rarely saw before 2001. Now I see patients with this disorder nearly everyday. Eosinophilic Esophagitis, is a disorder characterized by difficulty swallowing due to allergies to food. The esophagus is the food pipe between the throat and the stomach that sits in the chest behind the heart, and is responsible for transport of foods that are swallowed into the stomach where digestion can begin. It is not always clear initially which food is the culprit. If a piece of steak is lodged in the esophagus because of narrowing and scar tissue caused by the allergy cells called eosinophils, it may have been due to an allergy to the eggs eaten earlier in the day, and not related to the steak at all. At New York’s premier practice focused on the diagnosis and treatment of disorders of the esophagus, the Reflux Care of New York, Dr. David Gutman has among the largest experience with Eosinophilic Esophagitis in the NY Metropolitan area.

What are the typical symptoms of Eosinophilic Esophagitis?

The most typical scenario is a young male with a history of asthma or atopy (a skin eczema) presenting with food impaction or the need to regurgitate swallowed food that could not pass. 80% of patients are male, and most are young (twenties and thirties, or children). At least half have another allergic disorder such as atopic dermatitis or asthma.

What foods cause Eosinophilic Esophagitis?

The most common offenders that drive food allergies such as Eosinophilic Esophagitis are cow’s milk, eggs, wheat, soy, peanuts, tree nuts, fish and shellfish. Dr. Gutman advises an elimination diet of these eight foods, with nearly 100% success rate at resolving the signs and symptoms of eosinophilic esophagitis. Then foods are reintroduced slowly with monitoring of the allergic response by biopsies of the esophagus. Most often we can safely reintroduce all but one or two of these eight foods, restoring patients ability to eat without episodic choking episodes. This approach was validated by a key scientific research published in 2012, validating the methods used at the Reflux Care of New York since 2009. Skin tests may give clues to IgE mediated allergic responses, but very often these are not applicable to food allergies. Therefore, after reintroduction of foods, we not only monitor symptoms but repeat endoscopy and biopsies.

What tests are useful for evaluating Eosinophilic Esophagitis?

Endoscopy is the most helpful test for Eosinophilic Esophagitis. Typical findings show fine rings in the esophagus especially the upper half of the esophagus, as well as furrows running down the esophagus from top to bottom. One may see an impacted piece of food. The esophagus may be uniformly narrowed or there may be a stricture which is a constriction of a specific area of the esophagus, or there may be thin rings in the esophagus. Biopsies may clarify the presence of lots of allergic inflammatory cells called eosinophils. Barium testing is not diagnostic of Eosinophilic Esophagitis, but is often used to assess an obstruction of the esophagus. Allergists may perform allergy testing such as skin prick testing or IgE allergy tests of the blood for respiratory or food allergens. These may be positive in half the patients but are not always predictive of the food needed to eliminate in Eosinophilic Esophagitis to normalize the esophagus. However, IgE mediated food allergies may lead to anaphylaxis, and require an epinephrine prescription. As patients often have associated allergic disorders, investigation by an Allergy and Immunology specialist is recommended.

Are there medications for Eosinophilic Esophagitis?

Eosinophilic esophagitis is caused by activation of the immune system similar to asthma. Fluticasone, an asthma inhaler has been shown to be effective at relieving the underlying inflammation in a six-week trial where biopsies of the esophagus were performed with a striking resolution of the presence of allergy cells called eosinophils. However there was not the same degree of response of the swallowing disturbance. I believe this has to do with the presence of scar tissue called fibrosis in the esophagus. The inflammation, represented by the number of allergy cells or eosinophils responds rapidly to swallowed fluticasone, but the fibrosis, represented by the degree of difficulty swallowing, responds far more slowly. At the Digestive Disease Week held in San Diego in May 2012, viscous budesonide, a steroid used for asthma, and Crohn’s disease, was found to be better than fluticasone inhaler in a small group. This needs further work and development but offers another excellent option. Singulair, a mast cell stabilizing agent for asthma and allergies may be used as an adjunct. The major risk of ingested steroids is the development of oral and esophageal yeast infections called thrush and esophageal candidiasis. It is important to rinse and spit out (not swallow) after using inhalers whether you are using these for Eosinophilic Esophagitis or for Asthma.

What happens if Eosinophilic Esophagitis is untreated?

Initially when we see Eosinophilic Esophagitis there is no narrowing of the esophagus. Close examination with the endoscope reveals ridges in the mid and upper esophagus called furrows, and fibrotic rings which give Eosinophilic Esophagitis its characteristic appearance. Later in the course there becomes progressive narrowing due to deposits of scar tissue called fibrosis. The longer the delay in therapy the more difficult it is to reduce the scar tissue. Fibrosis can become permanently damaging even after the inflammation and original cause is removed.

Should people with Eosinophilic Esophagitis under go stretching of the esophagus?

Esophageal dilation is the procedure of stretching the narrowed esophagus in patients who cannot eat. This may be done with swallowed dilators, over guide wires placed under X-ray (fluoroscopy) or endoscopic guidance, or with balloons passed through the endoscope. These are commonly referred to as Maloney dilators (swallowed), Savery dilators (over a guide wire), and Through The Scope Balloon dilators. Early experience showed a high perforation rate in patients with Eosinophilic Esophagitis when dilated, but studies in recent years have not found this to be true. Perhaps the early experience has led to increased care in the procedure, but several studies have shown no complications except for chest pain. Chest pain is relatively common after the dilation procedure. It is important to realize that dilation regardless of method is a controlled tear, designed to break fibrotic scars. It does nothing to reduce the underlying cause of inflammation. It is more likely that dilation will be needed the longer a patient has waited to present with swallowing complaints as this leads to more advanced scar tissue. The cause of eosinophilic esophagitis is not addressed by dilation, so it is uncommon that I begin with dilation except in the most advanced patients.

The treatment of eosinophilic esophagitis and its resulting swallowing disturbance (dysphagia) is amenable to treatment with swallowed steroid medications that coat the esophagus, elimination of the 8 food groups that commonly cause allergies with reintroduction of individual foods one at a time, or stretching the esophagus (dilation). All of these are applicable in some patients, and all have good safety and efficacy. My initial approach is to evaluate the esophagus with endoscopy and biopsy, dilating only those who are completely unable to eat. I use swallowed fluticasone 880 mcg (Flovent) spray twice daily, along with twice daily Proton Pump Inhibitor to block acid, and Singulair 10mg at night to inhibit allergic response, and then begin the 8 food elimination diet. This is not the only way to treat but has led to nearly 100% response rate in my patients, with excellent short and long-term response rates.

Why use a Proton Pump Inhibitor?

What other conditions cause problems swallowing?

Difficulty swallowing food is called dysphagia. Difficulty swallowing solid foods can be due to minor disorders such as an Esophageal Web or Ring, or serious disorders such as Erosive Esophagitis and Esophageal Cancer. Motor disorders of the esophagus such as Achalasia or Esophageal Spasm are disorders of flow without true obstruction. This is also true for motor disorders caused by neurologic diseases. Esophageal Webs are thin membranes that constrict the esophagus. They can be eliminated easily with a balloon dilator performed during endoscopy. Schatzki’s Rings are a thin narrowing at the very end of the esophagus above a hiatal hernia. Most do not cause difficulty with swallowing, but very infrequently they can be narrow enough to need stretching. Erosive Esophagitis occurs due to severe damage from acid refluxing into the lower esophagus and can be treated with medication and diet. Older patients who develop difficulty in swallowing food need endoscopy or radiology tests to see if there is a mass. Commonly these people will stop eating the foods that they have difficulty swallowing. The diet slowly progressively declines until even soft foods and liquids get stuck due to progressive growth of the cancer. Achalasia is a disorder of the muscles of the lower esophagus that fail to relax with swallowing. There is no physical obstruction but food often cannot pass the lower esophagus. A variety of treatments are available. Surgery that cuts the muscle of the lower esophagus coupled with prevention of reflux is often very effective.

Can you have difficulty swallowing liquids rather than just solid food?

Dysphagia can be due to neurologic disorders such as Stroke, and Multiple Sclerosis, Myasthenia Gravis, and ALS (Lou Gehrig disease). Typically after a Stroke, the person has difficulty as much with drinking as with eating. We use a Modified Barium Swallow performed by a Speech and Swallowing Therapist to understand the process of swallowing in these persons. Avoidance of thin liquids and Speech therapy can be persons. They are at risk of aspiration of swallowed contents “down the wrong pipe,” and may develop pneumonia. Avoidance of thin liquids, allowing with swallowing therapy, and use of a straw may help certain individuals with swallowing disturbances of liquids, but great care has to be placed to not put people at increased risk for development of pneumonia.