Prevention of Cancer in Barrett’s Esophagus 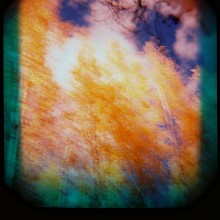 How Do We Prevent Cancer In Barrett’s Esophagus?
In our previous article, our patient had been discovered to have high grade dysplasia on the biopsies of Barrett’s Esophagus. This is certainly very worrisome news, as this is almost a cancer. In fact the cells have all of the aggressiveness and disorderly behavior of a cancer except that the tumor has not yet invaded. What do we offer patients for high grade dysplasia?  In prior years, my answer would have been a surgery to remove the lower esophagus and upper stomach. After all, not finding invasive cancer on the biopsies does not mean that invasive cancer does not exist where we did not biopsy. Now we have a number of excellent diagnostic and treatment options that may protect our patients from requiring surgery.

First we do ensoscopic ultrasound to assess for tumor invasion. Confocal microscopy and chromoendoscopy are additional tools available, but endoscopic ultrasound is key for high grade dysplasia. It is not unusual that we biopsy high grade dysplasia but in fact the patient has invasive cancer seen with endoscopic ultrasound.Treatment for high grade dysplasia includes Endoscopic Mucosal Resection (EMR), Barrx Halo ablation, cryoablation, photodynamic ablation, and surgical resection. The first four of these are done by endoscopy. The American College of Gastroenterology has provided guidelines that suggest that Barrett’s esophagus not be watched when there is dysplasia. Active intervention to remove the dysplastic cells with the techniques mentioned leads to cancer prevention.

Prevention Of Esophagus Cancer Is Far Better Than Treatment

Barrx Halo involves a balloon measured and placed endoscopically into the lower esophagus. Utilizing a technique used in many settings for killing cancer cells, Radio Frequency Ablation is used to burn the cells lining the lower esophagus. While controlling the acid exposure in the esophagus with high dose Proton Pump Inhibitors, the abnormal cells of the esophagus are replaced with a normal lining. This technique is much like reforestration, burning intentionally a damaged area of forest to allow new trees to grow. Photodynamic ablation is a similar technique, but is very aggressive. It is a scorched earth approach, deeply destroying the lining of the esophagus. Photodynamic ablation has many more complications than Barrx Halo.Barrx is far more controlled and complications are few and easily manageable. Another excellent options include cryoablation, freezing the abnormal cells. It is possible to remove a patch or nodule of dysplastic  Barrett’s with a loop snare. Endoscopic mucosal resection is much like removing a polyp from the colon.

Barrett’s Esophagus Has Changed Its Face Over The Years. A New Understanding Is Needed.

Barrett’s has changed dramatically in recent years. Prior data showed that in a given year one of 200 patients developed esophageal cancer called adenocarcinoma of the esophagogastric junction. Esophageal cancer has a very high mortality and is devastating because of the inability to eat, food and even liquids getting stuck, and weight loss. The news to present now about Barrett’s esophagus is a very different story. The devil is in the details. I don’t want you to paint all Barrett’s with one broad brush. Let me instead review a few scenarios.

The TUMS addict is the one in greatest trouble. Here with a hear no evil, see no evil, speak no evil attitude, people are in unknown danger. These people may have erosive esophagitis, Barrett’s esophagus, or even cancer of the esophagus. What you don’t know not only can hurt you, but often will bite you seriously. “How do you spell relief?” Endoscopy and a real treatment plan, rather than antacid candy may not only spell relief, but may be lifesaving.

Barrett’s Esophagus is most dangerous before it is diagnosed

Some with Barrett’s esophagus have very minimal degree of alteration of the junction of the esophagus and stomach. Now with hi-definition endoscopy and narrow band imaging, I am able to see subtle changes in the architecture of the esophagus. An area of Barrett’s smaller than a millimeter can be detected. Are these people at danger of cancer of the esophagus? Certainly Dr. Barrett would not have recognized these individuals as having the disease that bears his name. A recent study suggested that cancer occurred less often in Barrett’s than previously estimated. The commonly quoted rates of one cancer every 200 patients yearly appears to be an overestimate. Very dramatically, in the group of over 700 people having Barrett’s confined to the junction of the esophagus and stomach, no cancers were seen. None, not even one. So maybe we should refer to this condition as intestinal metaplasia of the esophagogastric junction, rather than ultra-short Barrett’s esophagus. I would still recommend monitoring with endoscopy and biopsies every few years but the prognosis appears very favorable.

I strongly believe that the combination of diet and Proton Pump Inhibitors is not only optimal for Barrett’s esophagus, but prevents cancer of the esophagus.

If you have Barrett’s esophagus, what can you do to prevent cancer of the esophagus. In addition to endoscopy and biopsies, what can you do to prevent dysplasia? What would you do to prevent skin cancer? Sunscreen! It cannot be proven that acid suppression with Proton Pump Inhibitors prevents cancer because such a study would be unethical. You cannot withhold treatment of symptomatic Gastroesophageal Reflux Disease. There is indirect information to suggest that stopping the cycle of damage and repair reduces the risk of cancer. This continues to be an area of controversy, but it is my strong belief that the combination of diet and Proton Pump Inhibitors is not only optimal for Barrett’s esophagus, but prevents cancer of the esophagus. Having stated my expert opinion, it must be made clear that the US Food and Drug Administration has never approved any medications for treatment of Barrett’s esophagus.